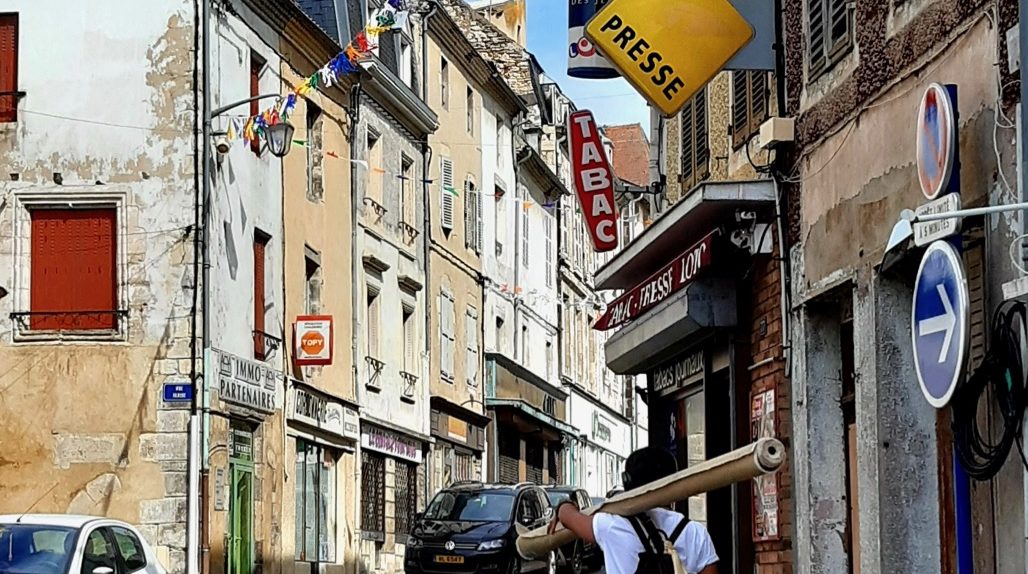 What could be a better destination for a common beginning of 1001SOUL than a festival of world cultures? In July we were invited to participate in the Festival des Cultures du Monde in Gannat (Auvergne, France).

Gannat, near Vichy, is a comparatively tiny place, unknown even to most French people – yet it has been hosting a festival supported by Unesco for 46 years, every summer. Selected groups of performers and dealers from different parts of the world take part in this festival to show art, handicrafts, dances, performances and music from their regions of origin. Folkloric tradition meets contemporary interpretation of local cultures in front of a polyglot audience. Actually, one can say that the village lives for the festival. The street parades of cultures that take place in Gannat on some evenings of this ten-day festival seem to bring together all the inhabitants of the village and the neighbouring communities. The festival attracts around 30,000 visitors annually.

This summer, the Gannat Festival was accompanied for the first time by a conference organised by Vikrant Kishore (Deakin University, Melbourne, Australia) and Etienne Rougier (University of Montreal, Canada) and the Association Nationale Cultures et Tradition (ANCT). The theme of the conference was “Indigenous Languages, Traditional Music and Dance within Intercultural Performance”.
Nic was invited to give the opening speech and spoke about the meandering of culture(s), the permanence and constant change of cultures, and the role media play in this change and in the mobility of cultures. The conference also provided us an excellent forum to jointly present the 1001SOUL project in a lecture demonstration. For Reza, the conference and festival offered an excellent setting for the painting of his soul images. He took advantage of both the expanse and intimacy of the beautiful festival grounds to bring together a group of Bulgarian dancers and, on a separate screen, the cultural diversity characteristic of the festival and the world.

Gannat and his visitors were of an incredible cordiality and benevolence. We would like to thank all those who made participation in the festival possible, especially our ‘host parents’ Maryse and Marc Brullé, Vikrant Kishore and Marie-Agnès Jaque.